The Making of GILDED's Cover 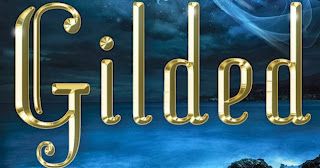 I am so pleased to finally be sharing the cover of GILDED with you. It's been a long time waiting, but I think the wait was well worth it.

I have to say when I first saw this final cover I almost cried because it was so perfect and so beautiful. I really think it captures the feel and tone of GILDED.

My editor and cover designer wanted to have a symbolic cover because they felt it would appeal to a broader audience. So we brainstormed ideas of symbols in the story.

Some of the words we came up with: taekwondo, archery, gold bracelet, dragons, the samjoko (mythological three-legged bird). I also sent my editor and cover designer the Pinterest page I made up for GILDED.

At first the design was more of the actual samjoko symbol that is found on the ancient Korean king's tombs as seen here: 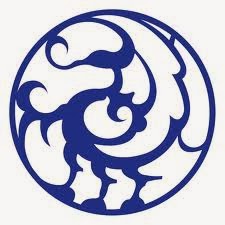 This creature was considered the most powerful mythological beast in the Koguryo Period and it plays a big part in GILDED.

Yet my publisher was worried that those who weren't familiar with Korean mythology wouldn't be able to recognize this symbol is that of a three-legged crow.

So my publisher hired Cliff Nielson to draw the crow as an actual bird. And I think he did an amazing job. Here's a peek at what he did: 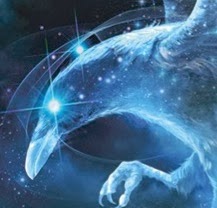 To see the full cover, go to YA BookCentral for the full reveal. My publisher is graciously giving away a Kindle paperwhite to a lucky winner! 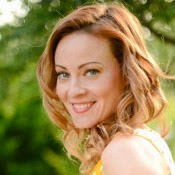 CHRISTINA FARLEY, author of Gilded was born and raised in upstate New York. As a child, she loved to explore, which later inspired her to jump on a plane and travel the world. She taught at international schools in Asia for ten years, eight of which were in the mysterious and beautiful city of Seoul, Korea that became the setting of Gilded. Currently she lives in Clermont, FL with her husband and two sons—that is until the travel itch whisks her off to a new unknown. Gilded is her first novel. For more details, check out her website at www.christinafarley.com.
Posted by Christina Farley at 12:30 PM