Up For The Challenge

I’ve been working on my first young adult novel for the last three years. It’s been a huge personal and creative challenge and there’s been many times I’ve wondered why I’m doing this to myself. Yesterday, I was reminded.

Because it’s fun and because the teacher invited me, I went to visit a local high school’s creative writing class. I’ve been in a few times this semester, talking about various things. This time, I was sharing a couple of chapters from my work-in-progress so kids can see that revision is a natural part of the writing progress. I told them to go ahead and rip my work apart, I have thick skin. “This is how I’ll get my very best work,” I told them.

The kids took their job seriously. They had spot-on and insightful comments. But one student kept raising his hand and demanding an explanation. My story’s topic is a tough one: a girl’s older brother is kicked out of the house for being gay.  The student couldn’t wrap his brain around the idea that if a parent and child had an otherwise good relationship that Mom would kick him out for this one “flaw.” (His word, not mine.) I tried my best to explain that the world isn’t always the way we wish it to be. He wasn’t buying it.*

But then, from across the room, another student defended the idea. “It happens more than you think,” he said.**

When the bell rang, this second boy hung back to talk to me and the teacher. He shared with us that when he came out as bisexual to his strict and religious parents that his dad didn’t speak to him for a week. He told us that his parents still don’t accept this part of him and that he’s lost friends and family members because of his orientation. He seemed okay with all of this, or at least resigned in the way many LGBT kids are. I told him I’m the mother of a gay child and asked him to give his parents some time to come around. “They’re on their own journey, too,” I said and hoped it was true.

This kid - and all the other LGBT kids and their siblings - these are the people I’m writing for. And they are the reason I’m working so hard to get this book right. I’m honored to be a part of their story. It’s a huge responsibility and I going to work my butt off to make sure I’m worthy.

Now. If you’ll excuse me, I have a book to revise.

*I actually kind of loved that this young man couldn’t imagine being disowned by his parents for being gay. Wouldn’t it be wonderful if no one could?

** When I was going through what the kids had written me, I found a note from a girl telling me that her cousin had also kicked out her daughter for being gay.
Posted by Carmella Van Vleet at 10:53 AM 1 comment:

Developing an Idea (Or, I Have a Shiny New Idea, Now What?)

Since November is National Novel Writing Month, we thought we'd talk a little about how to get from that first bright and shiny spark to a fully developed story. 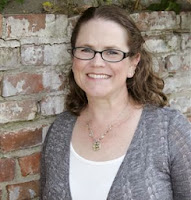 After I decide on an idea, one of the first things I do is get a journal for the project. Then I start filling it with questions. By asking questions (for instance, what is my main character's goal? Or what would happen if x happened?), my brain starts processing. It's kind of like that journal in "Harry Potter and the Chamber of Secrets" - only I ask questions and the story answers back! Once I have a good grip on the basics, I start working on an outline. I used to be a pantser but I've found that developing an outline really helps me keep my emotions (um, panic) in check. An outline is like my safety net. Early on, I also spent a lot of time talking about the new idea to trusted friends and my family. I call this "processing outward" but I think my family and friends just call it annoying!

What I do after I've decided on an idea:


1. Outline it. See this post: http://christinafarley.com/using-a-plot-grid/ or this video: http://www.youtube.com/watch?v=CEjC3ri7UEo

2. Then I prep to fast draft the book. See this video for tips: http://www.youtube.com/watch?v=3chpYaMLYxg&feature=c4-overview-vl&list=PLz2lJRGe6_9CWREAtp8JD5s4xiEam-cDC

3. Write like a crazy person. I don't check for grammar or even if it makes sense. I just write.

4. Once I finish the book, then the real work begins. REVISING! 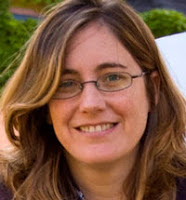 Kate says:
When I get a new idea, I write down everything I think I know about it. The characters, the setting, etc. Then I figure out what I have to start researching. While I'm doing some general reading on the subject I want to write about, the characters are usually begging me to start writing. So I'll write a chapter or two and then get stuck and come up with an outline. For my newest project, I've been using Save the Cat type beats. Armed with an outline and some background information, it's time to get serious! 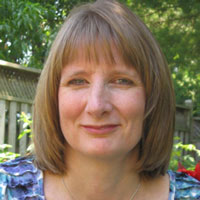 Once I decide on my idea, I make a list of all the things that could happen in the story. Sometimes, I write to myself as my main character, describing her problems and what she wants. I don't usually use these ramblings in the story, but they help shape my thinking about where the story might go.

After I've done some thinking (and then lots more thinking), I try to fit my ideas into a plot framework, like the Save the Cat structure or Dan Wells' Seven Point Story Structure. And then I write up a one or two page summary of the story, just to give myself some direction. By then, I'm usually dying to get writing, so I do! All my plans change as I get further into the story and find out what it's really about. 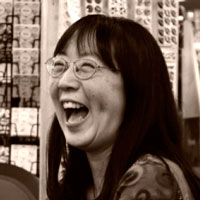 
What I do after I've decided on an idea:

1. Decide on the idea
2. Shortly thereafter, realize the idea is terrible.
3. Attempt to come up with alternate ideas but then come back to the original idea.
4. Work on a rough outline.
5. Despair when I realize the ending is wimpy and clichéd and sucky.
6. Revise the ending until it's not quite as wimpy and clichéd and sucky. Resolve to make it stronger later but first, I actually need to start WRITING.

Debbie Ridpath Ohi illustrated I'M BORED, a picture book written by Michael Ian Black (Simon & Schuster BFYR). Her illustrations next appear in NAKED! by the same author, coming out from Simon & Schuster next May.

Email ThisBlogThis!Share to TwitterShare to FacebookShare to Pinterest
Labels: developing story ideas, ideas
Newer Posts Older Posts Home
Subscribe to: Posts (Atom)
Welcome to the home of the MiG Writers, a group of six middle grade and YA authors who critique each other's work as well as post about the craft and business of writing for young people: Kate Fall, Christina Farley, Susan Laidlaw, Andrea Mack, Debbie Ridpath Ohi, Carmella Van Vleet.
Find out more about us: MiG Writers bios