Writers and Voice: Part 1 in a Series 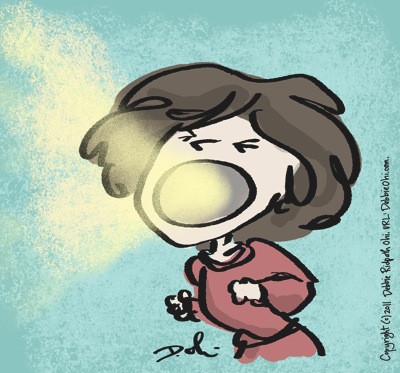 I've been told that I have a "middle grade voice" in my novels and I used to be okay with that. Now, however, I want to find out more.

As I start to explore writing different types of books and pushing my personal creative envelope,  I've become a lot more interested in the whole concept of voice. It's a common term in the publishing industry. Editors and agents are always looking for new voices, a strong voice, a unique voice. "WONDERFUL voice in her book!" a review will declare...but what do they actually mean?

I've come across many different definitions of voice. Some editors say it's hard to define a great voice, but they recognize one when they see it. Others say it includes word choice, sentence and story structure, and even the way you use punctuation.

Anyway, I'm going to be doing some in-depth research about voice as it applies to one's writing, and sharing what I learn. In this series of weekly blog posts, I'm going to be answering the following questions:

What IS voice, exactly?

How important is voice, compared to other factors in your writing?

How can you figure out what voice YOU have? How can you develop your voice?

Can a writer have more than one type of voice? Can a middle grade writer develop a YA voice and vice versa? How?

Stay tuned for more. Plus check out the comic I recently posted about voice on Writer Unboxed.

INKYGIRL: An Illustrated Guide For Writers

Last year, I wrote about how my oldest son went to a music event and played three performances - and how one of them didn’t go as expected.  Matt played a bassoon solo, a piano solo and in a clarinet ensemble. The piano solo was what kids today would call a Fail. When it was all said and done, though, Matt brushed himself off and told me that he wanted to play a French horn solo the following year. (You can find the full article Here.)
And guess what Matt did this past weekend.
Yep. I’m proud to to say he went back to the event and played the French horn. Not only that, but he walked away with a “Superior” rating.
He received “Superior” ratings on his bassoon solo and for his clarinet ensemble, too. But I think the French horn rating was the one he felt most proud of. And why shouldn’t he? Until this year, he’d never even picked up a French horn. But he’d decided on a goal, made a plan and worked steadily toward his goal.
The kid has some amazing natural talent. (Trust me, he didn’t get it from me!) But he also worked very hard. First, he had to learn how to blow on a brass instrument so he played mellophone during marching season. Next, he had to borrow a French horn from school so he had one to practice at home. Finally, he had to *practice.* A LOT. In other words,  his success wasn’t a crazy, random happenstance. And I think there’s a lot we can learn from him.
What does success look like?
Like this:
1. Decide what you want to accomplish. Make it concrete and something measurable.
(What writing goal do you want to meet? Finish a draft in six months? Find a critique group? Submit to at least six agents?)
2. Decide what steps you need to take to reach that goal.
(Give up an hour of sleep to have more writing time. Search online or ask at your local SCBWI meeting for critique group openings. Research agents who handle your genre.)
3. Show up and do the work.
(Read, attend conferences, check out writers’ sites and so forth and then - put your butt in the chair and write. There’s just no way around it.)
So. What do you want to accomplish next?
~Carmella
Posted by S. J. Laidlaw at 11:57 AM 1 comment:

Investing in Your Writing

I’ve been thinking lately about what I mean when I call myself a writer. It’s not just about writing stuff when I get a chance. It’s about making an investment in myself, knowing that I'll be improving my writing. What kind of investment do I mean?

1. Making the time. Can you truly call yourself a writer if you don’t spend much time writing? It’s hard, but setting aside that time is about you telling yourself your writing is important. Slug through the hard parts and finish your project. Set aside some time to actually write.

2. Learning about the craft. They say you can improve your writing just by doing it. (Isn’t that cool? But see point #1.) Even more improvement can come by reading the work of other writers to see how they do things. And by finding out your weak points and learning more about them (now you know why I’ve been visiting The Plot Whisperer).

3. Going to Conferences. Okay, they are expensive and not for everyone (I haven’t been to one yet). It’s hard to ignore the benefits though. So much happens there that can’t be captured in a buddy’s blog post... all the great, inspiring stuff. And I keep hearing about people that get great agent and editor contacts, too.

4. Sending out queries. I have to admit I haven’t been so great about doing this. I’ll send out a few, then get some rejections. So I assume something is wrong with my novel and set it aside (because by then I’m already working on another one). Those queries aren’t always just about trying to get published. They are about you saying you are taking steps to reach your goal. No one will ever see your book if you don’t let them know it exists, right?

Investing in your writing is a way to say you believe in yourself.

Blogger extraordinaire Shelli Johannes over at “Market My Words” is holding a great contest this week. It’s all about paying it forward and thanking those who have helped you along your way. Though I’m late to the game, I’d love to play along.
There are many, many writers who have helped me in my writing career. I can’t possibly name them all, but I’d like to publicly thank one today: children’s author Tracey E. Dils.
I met Tracey when her daughter was in my writing class at a community program. I was only beginning to *think* about possibly, maybe, kind of sort of dreaming of becoming a children’s author at the time. Tracey was the only “real life” author I’d met and, frankly, I was star struck.
Out of sheer ignorance about how things typically worked, I called Tracey up out of the blue one day (using the personal contact info I’d received for my students - ugh!) and asked her if I could pick her brain about the publishing industry. Tracey then spent an hour patiently answering all my dumb questions - questions that I could have found out myself if I’d bothered to do just a little bit of research. She was very encouraging and didn’t once give me the impression that I was bothering her.
Over the years as I’ve never forgotten Tracey’s grace and generosity. And I always try to remember the kind way she treated me when I was just a wannabe. Now, that I'm a "real life" writer myself, I try to pay Tracey’s kindness forward when someone asks me about how to break into publishing.
Tracey - if you ever read this - sorry this is so long overdue - THANKS!
~Carmella
PS. You can check out Tracey's great book. "You Can Write Children's Books," here.
Posted by S. J. Laidlaw at 3:58 PM 3 comments: