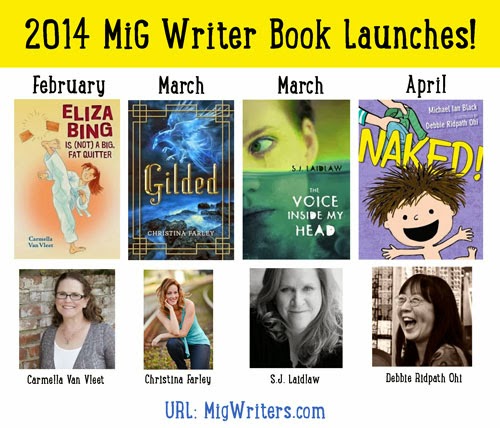 I used to think that I didn't need a critique group, that I could just do it on my own. The thought of having someone else read my writing (other than the editor who would fall in love with my manuscript, of course) horrified me. No, I just wanted people to see my book when it was in bookstores.


Now, I can't imagine sending a mss out without having someone else read it over first. It took me a while to find the right critique group; the search reminded me of Goldilocks And The Three Bears ("this bed's too soft," "this bed's too hard" etc.). I feel very lucky to have discovered the MiG Writers.

Not only do I value their feedback but also their friendship. It was wonderful for all of us to actually to get together in person for the first time at SCBWI-NYC last year.

And now I'm so looking forward to seeing some of their books come out this year! Like: 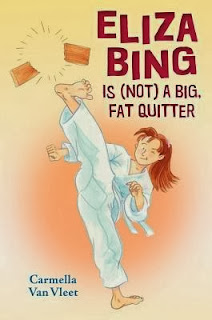 Blurb from Amazon: "In this uplifting novel about determination and the rewards of hard work, a preteen girl struggling with ADHD must stick with a summer taekwondo class to prove that she s dedicated enough to pursue her true passion: cake decorating."

Cover artwork is by Karen Donnelly.

A Teacher's Study Guide is coming soon! Keep an eye on Carmella's website for more details.

Then the following month: 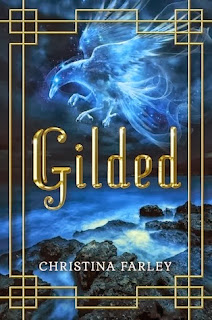 GILDED is Christina Farley's debut YA novel from Skyscape on March 1st, 2014.

Blurb from Christy's site: "When sixteen-year old, Jae Hwa, is uprooted from her home in L.A. to Korea, she thought her biggest problem would be fitting in with her classmates and dealing with her dismissive grandfather. But she was wrong. A Korean demi-god, Haemosu, has been stealing the soul of the oldest daughter of each generation in her family for centuries. And she’s next."

You should also check out Christy's videos about her publication journey with GILDED, including her book deal, significance of the cover (enter for a chance to win a Kindle Paperwhite!), music, inspiration, acting out a scene, and more. 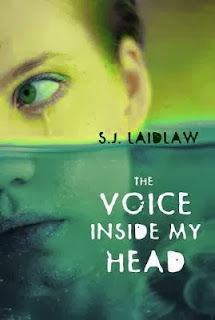 THE VOICE INSIDE MY HEAD is S.J. Laidlaw's second novel, and comes out on March 11th from Tundra Books on March 11th, 2014.

More about the book: "Seventeen-year-old Luke's older sister, Pat, has always been his moral compass, like a voice inside his head, every time he has a decision to make. So when Pat disappears on a tiny island off the coast of Honduras and the authorities claim she's drowned - despite the fact that they can't produce a body - Luke heads to Honduras to find her because he knows something the authorities don't. From the moment of her disappearance, Pat's voice has become real, guiding him to Utila, where she had accepted a summer internship to study whale sharks. Once there, he meets several characters who describe his sister as a very different girl from the one he knows. Does someone have a motive for wanting her dead? Determined to get to the bottom of Pat's disappearance, Luke risks everything, including his own life, to find the answer." 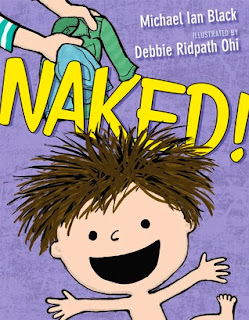 NAKED! is a picture book written by Michael Ian Black and illustrated by yours truly, coming out from Simon & Schuster Books For Young Readers.

Synopsis: "After his bath, the little boy begins his hilarious dash around the house…in the buff! Being naked is great. Running around, sliding down the stairs, eating cookies. Nothing could be better. Unless he had a cape..."

Teacher's Guide coming soon, and I'm also posting about how this book was created in my NAKED! blog.

It's going to be an exciting year! 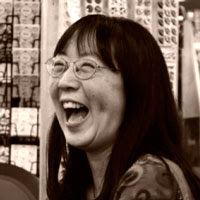 Debbie Ridpath Ohi writes and illustrates books for young people. Her illustrations appear in I'M BORED, a picture book written by Michael Ian Black and published by Simon & Schuster Books For Young Readers. Debbie has upcoming projects with Simon & Schuster BFYR, HarperCollins Children's and Random House Children's Books. You can find Debbie on Twitter at @inkyelbows.
Posted by Debbie Ridpath Ohi at 8:49 AM